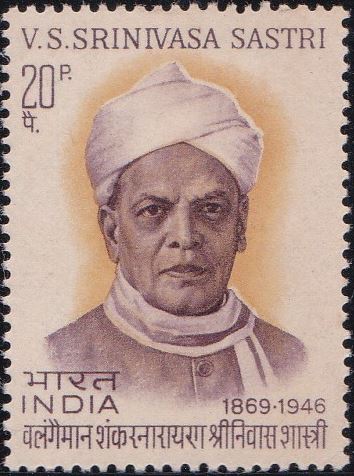 Issued for : The Posts and Telegraphs Department joins with the millions in this country in paying its homage to this illustrious son of India by issuing a special commemorative stamp in his honour.

Description of Design : The design of the stamp is vertical and depicts a portrait of V.S. Srinivasa Sastri.