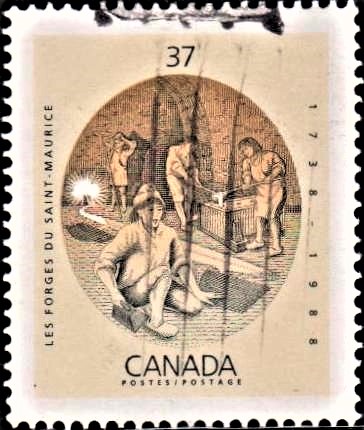 About the Stamp Design : The stamp design is the result of a collaborative effort by illustrator Hélène Racicot and graphic designer Michèle Cayer, both of Montreal, and engraver Yves Baril of the Canadian Bank Note Company in Ottawa. The three artists combined their talents to depict the activity that went on near the ironworks’ blast furnace. Printed in a combination of steel engraving and two-colour lithography, the design manages to convey a sense of time and place.