Complete Set of 2 nos of postage stamps on the 40th Anniversary of the Independence of India : Swarajya : 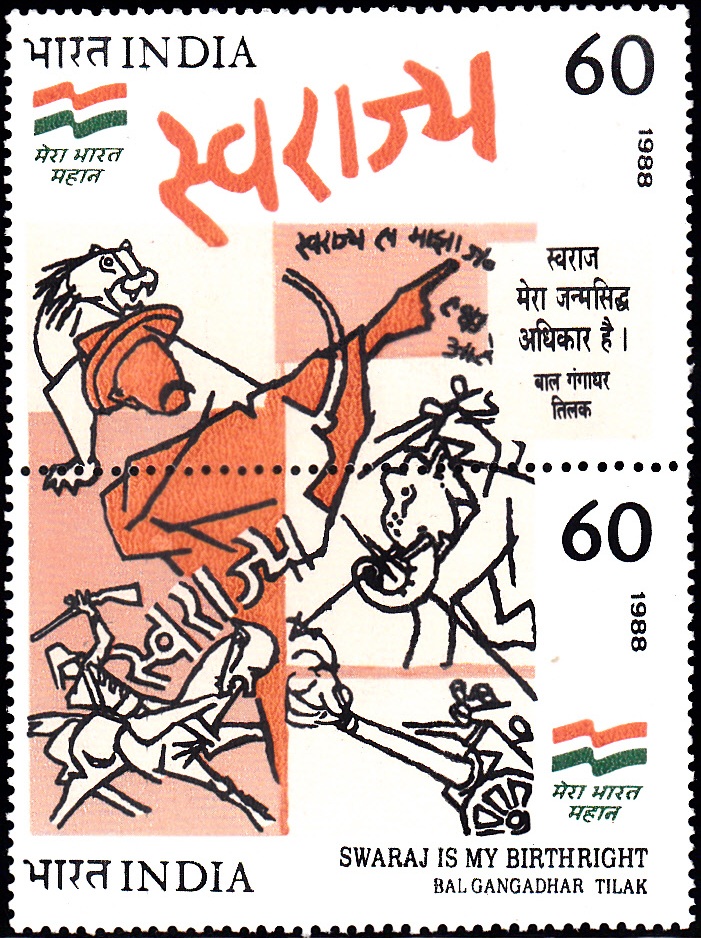 Issued for : 15 August, 1988 brings to a close the commemoration of 40 years of India’s Independence. To mark this occasion the Department of Posts is issuing a stamp commemorating the contribution of Bal Gangadhar Tilak, towards the cause of freedom and his famous call “Swaraj is my birthright” which inspired generations of Indians.

Description of Designs : This composite setenant stamp features a painting by M.F. Husain; the beginning of the historical statement by Tilak in Marathi is printed over the stamp. The design of the stamp is done by Contract Advertising (India) Ltd.

First day cover is designed with a sketch of the frontline leaders of the Indian Independence Movement, Bipin Chandra Pal, Bal Gangadhar Tilak and Lala Lajpat Rai. The design is done by K.S. Radhakrishnan.

The design of the Brochure is based on the first stamp of India after independence issued on 21.11.47. The design is done by Smt. Alka Sharma.