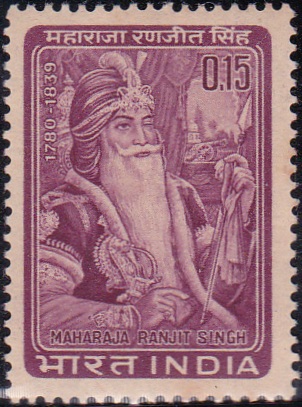 Issued for : The reign of Maharaja Ranjit Singh was the harbinger of great things to come – the birth of a modern nation transcending communal distinctions. Today, when our great leaders are building up a secular state wherein there are equal opportunities for all with no distinction between man and man, the Posts and Telegraphs Department joins the nation in paying homage to this great hero of history by issuing a commemorative postage stamp on the occasion of his death anniversary.