Complete Set of 2 nos of commemorative postage stamp on 100 years of the Government Museum, Mathura (initially known as Curzon Museum of Archaeology) : 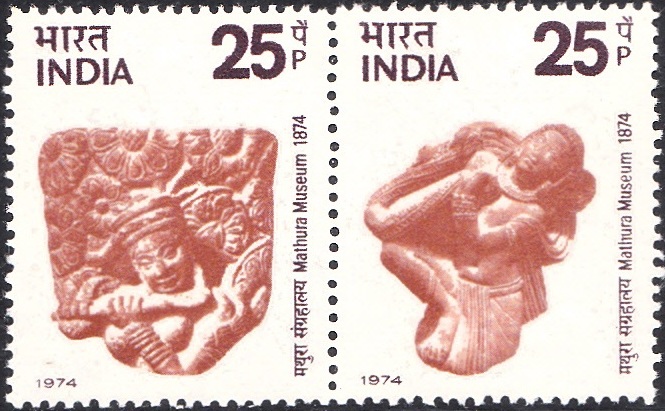 Issued for : The P & T Department has the privilege to highlight the yeomen service rendered by the Mathura Museum by bringing out two commemorative postage stamps during its centenary year.

Design : The two stamps are issued ‘se-tenant’ and show a lady playing a flute under a tree full of flowers and a Vidyadhara hovering in the air with a garland in his hands.