Complete Set of 2 nos of commemorative postage stamps on the National Maritime Day 1999 : 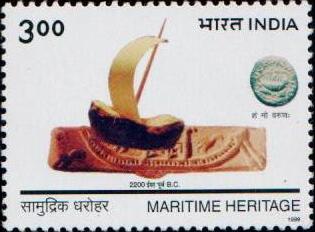 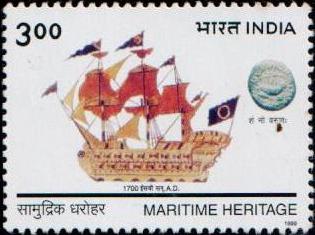 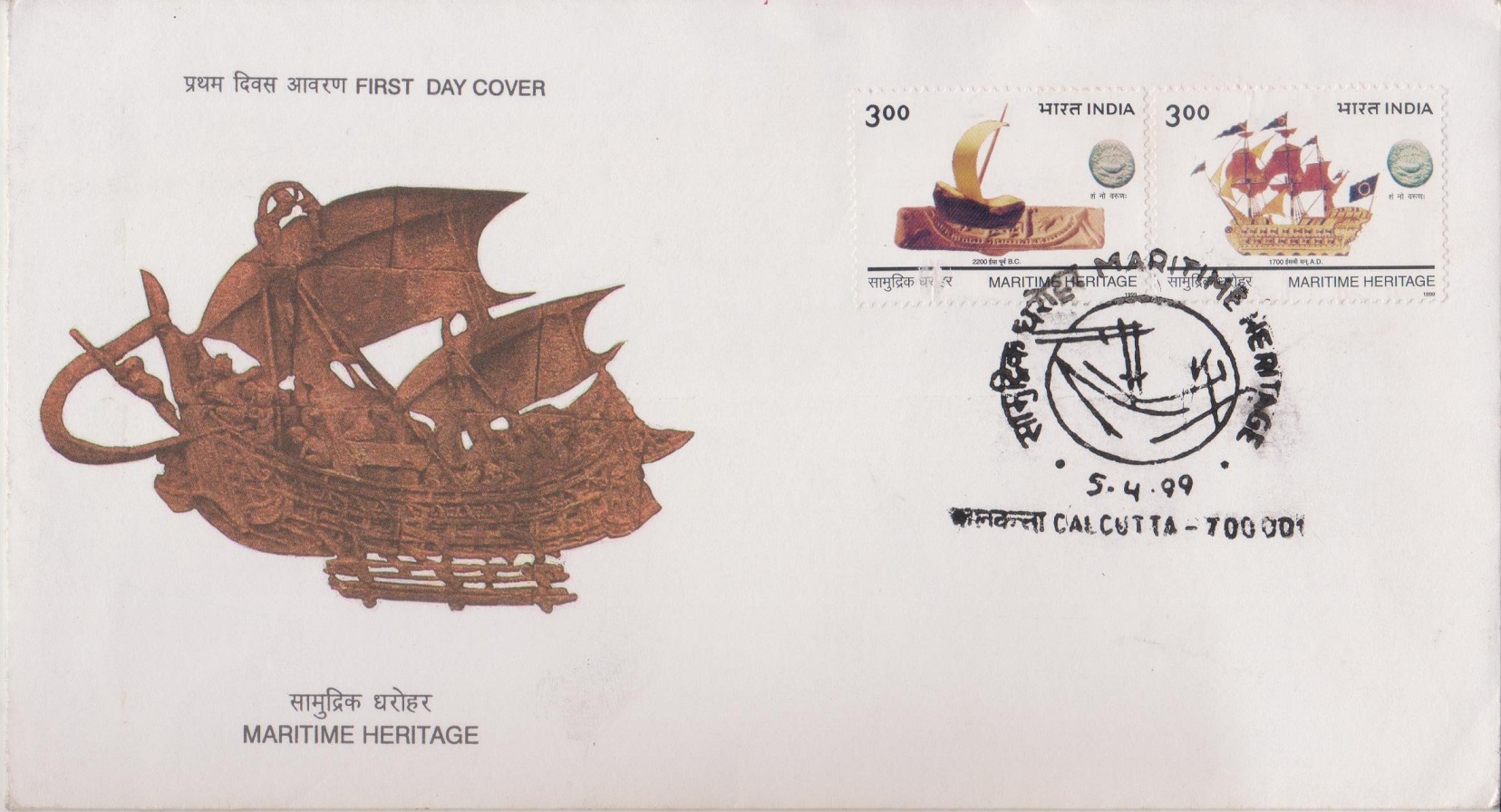 Issued for : The Department of Posts is happy to issue a set of two commemorative stamps on the occasion of National Maritime Day. The first stamp depicts a terracotta model of a boat excavated from Lothal, superimposed on an Indus seal depicting a sailing vessel. The second shows a ghurab of Kanhoji Angre’s fleet as depicted in a circa 1700 A.D. painting. A lead coin of the Satavahana period (second century A.D.) depicting a double-masted sailing vessel appears on both the stamps. The First Day Cover carries an illustration from the stone sculptures of Borobudur revealing the spirit of adventure of the Indian mariners who settled in the Javanese islands in the eighth century.