A miniature sheet consisting of 4 nos. of postage stamp on the Indian Medicinal Plants : Guggulu, Brahmi, Ashwagandha and Amla : 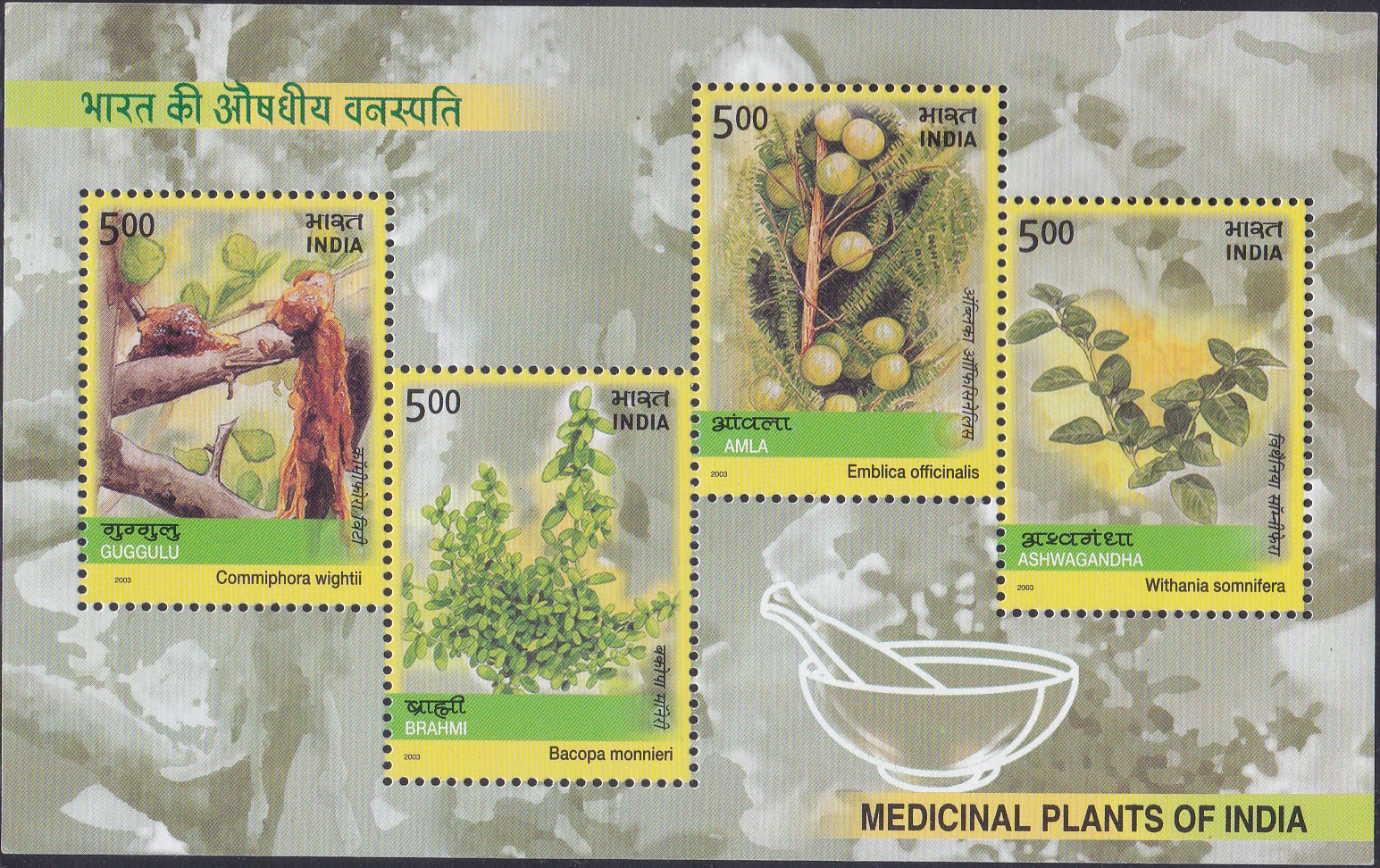 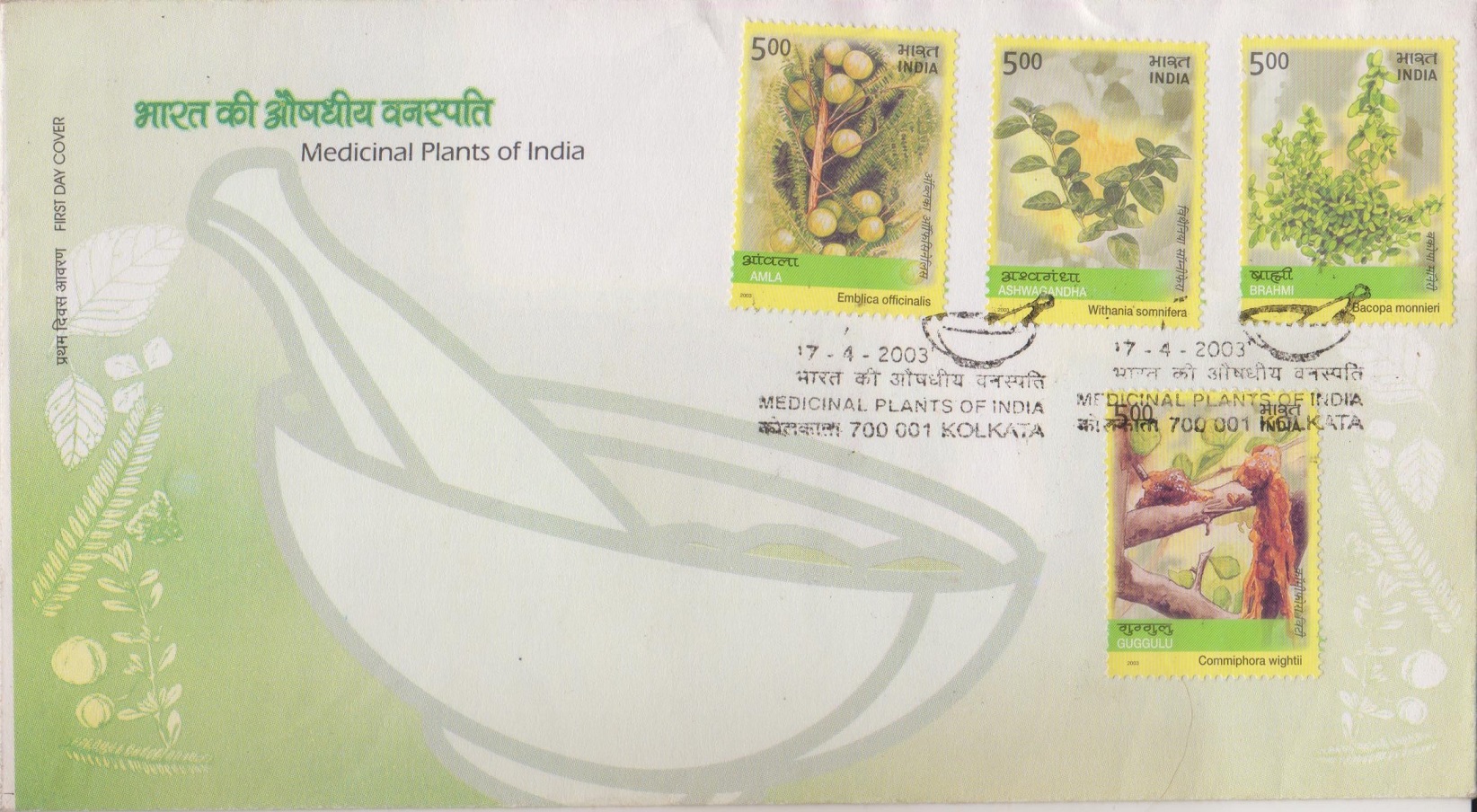 Issued for : Continuing with the series that began on 28th October 1997, the Department of Posts now brings out another set of four stamps on the medicinal plants of India.