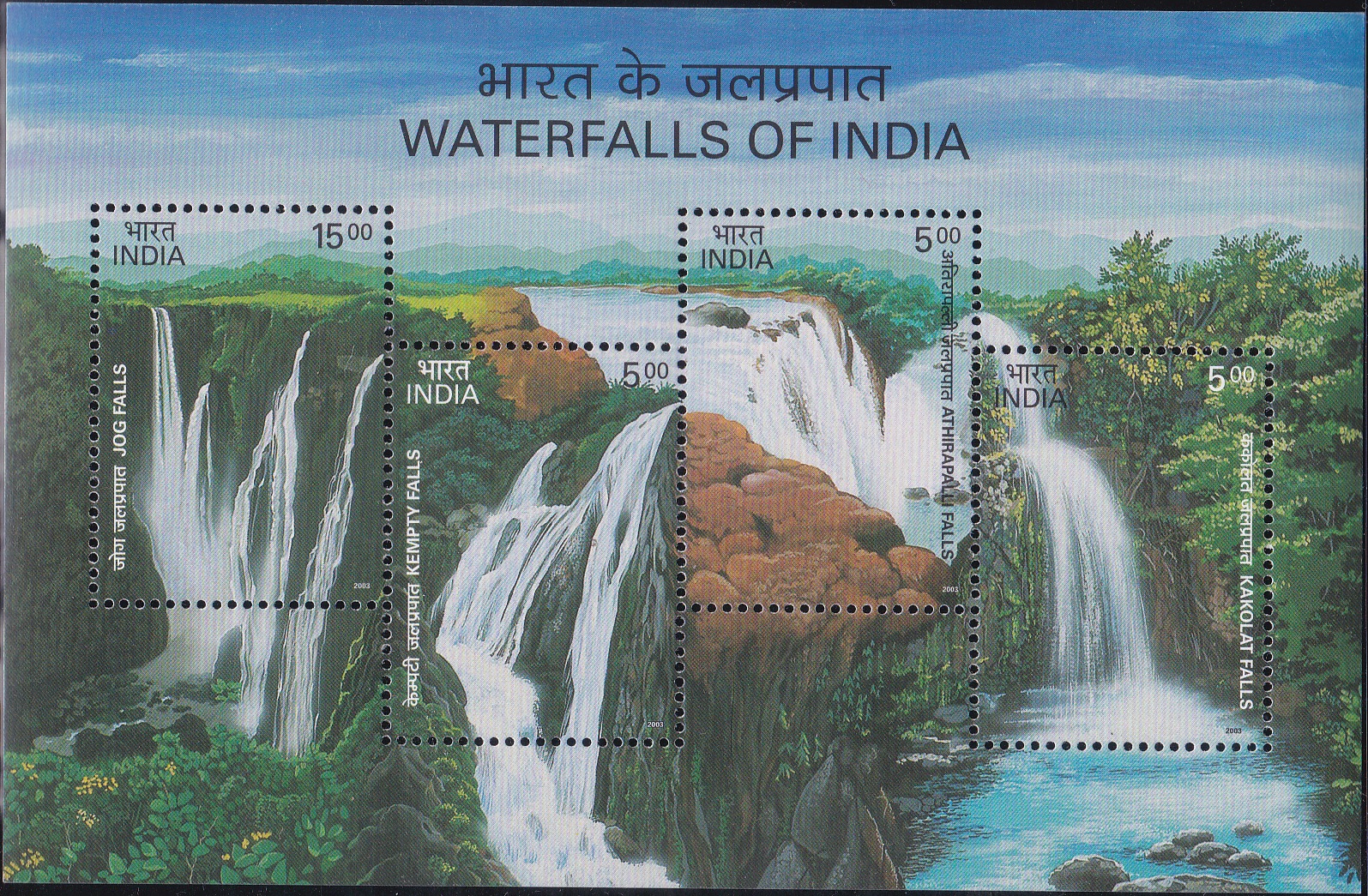 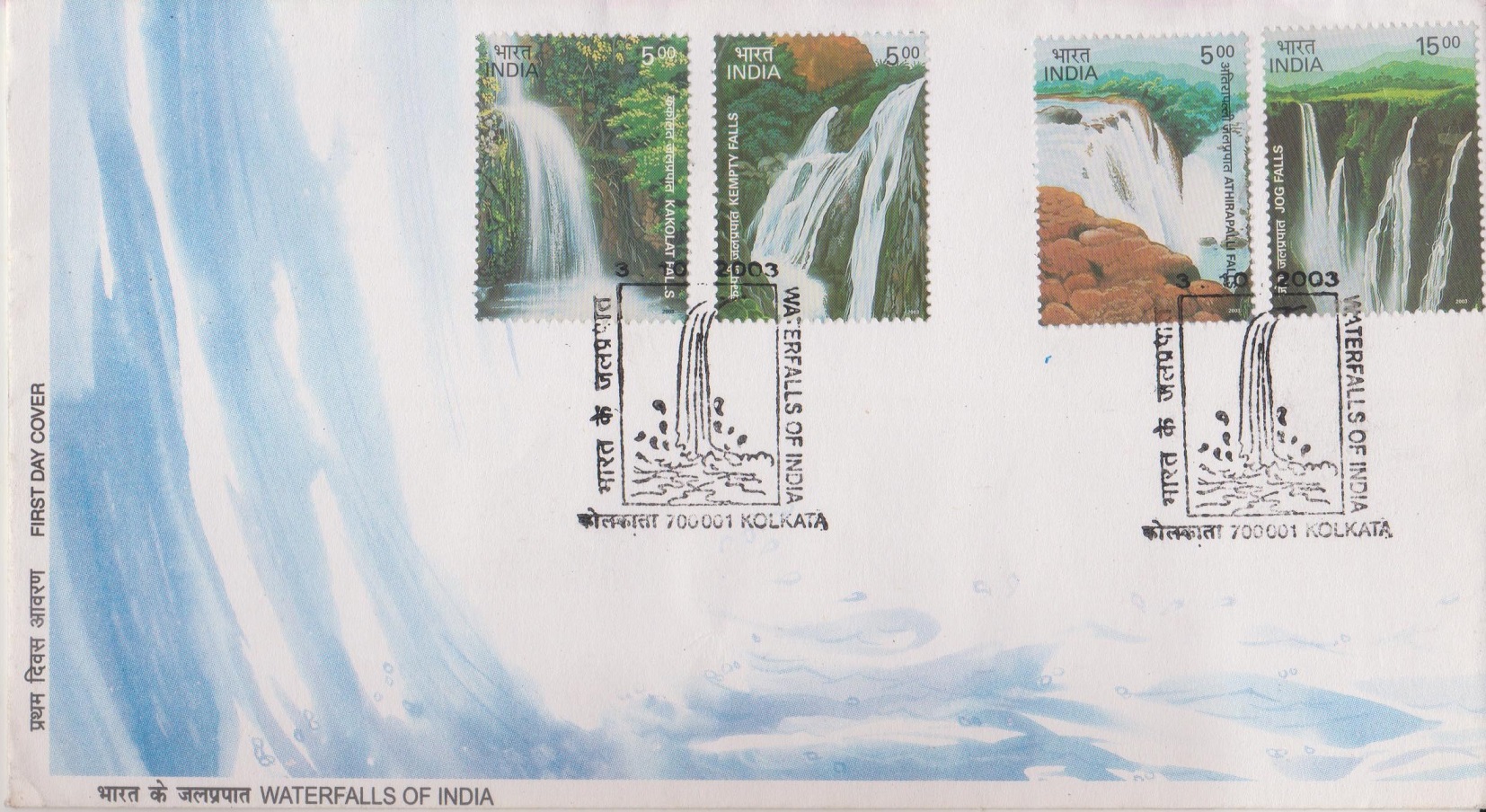 Issued for : The Department of Posts is happy to issue a set of 4 commemorative postage stamps on the Waterfalls of India.