A commemorative postage stamp on the Rare Musical Instrument Exhibition “The Look of Music”, Vancouver : 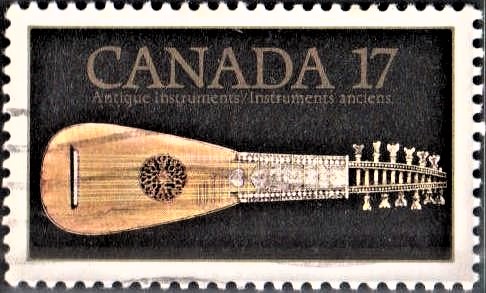 Design : The antique instruments stamp was designed by Clive Webster of Toronto. The typography was prepared by William Tibbles, also of Toronto. The stringed instrument depicted on the stamp is an eighteenth-century mandora, which was a predecessor of the mandolin and is from the collection of The Royal Ontario Museum.