A commemorative postage stamp on the Birth Centenary of Namakkal V. Ramalingam, a Tamil poet known for his poems about independence : 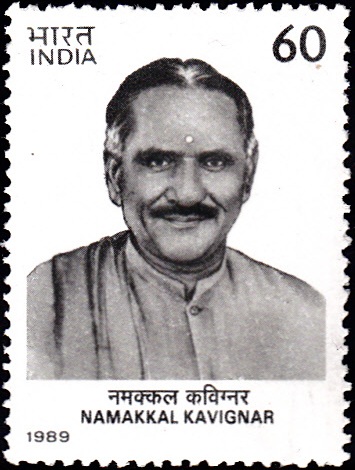