A commemorative postage stamp on the Birth Anniversary of Swatantryaveer Savarkar, an Indian freedom fighter, lawyer, writer, leader of Hindu Mahasabha and formulator of Hindutva philosophy : 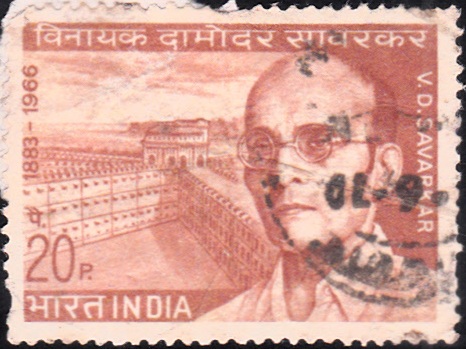 Issued for : The P.&T. Department is proud to celebrate the memory of this great son of India by issuing a special commemorative stamp in his honour.

Description of Design : The design of the stamp is horizontal and depicts a portrait of V. D. Savarkar alongwith a picture of Cellular Jail at Port Blair in the background.