A commemorative postage stamp on the World Food Day (WFD) : Food and the environment : 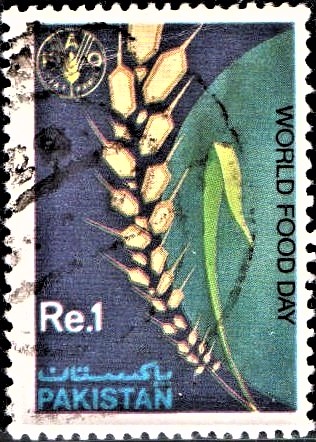 Issued for : To commemorate the World Food Day Pakistan Post Office is issuing one commemorative postage stamp of Re. 1/- denomination on October 16, 1989. This set is the second in the ‘WORLD FOOD DAY’ stamp series. The first series, consisting of a set of four (horizontal se-tenant) stamps of Rs. 3/- each design, was brought on October 24, 1983.