Information Sheet for the commemorative postage stamp on the Birth Anniversary of Sri Narayan Guru, an Indian spiritual leader and social reformer : 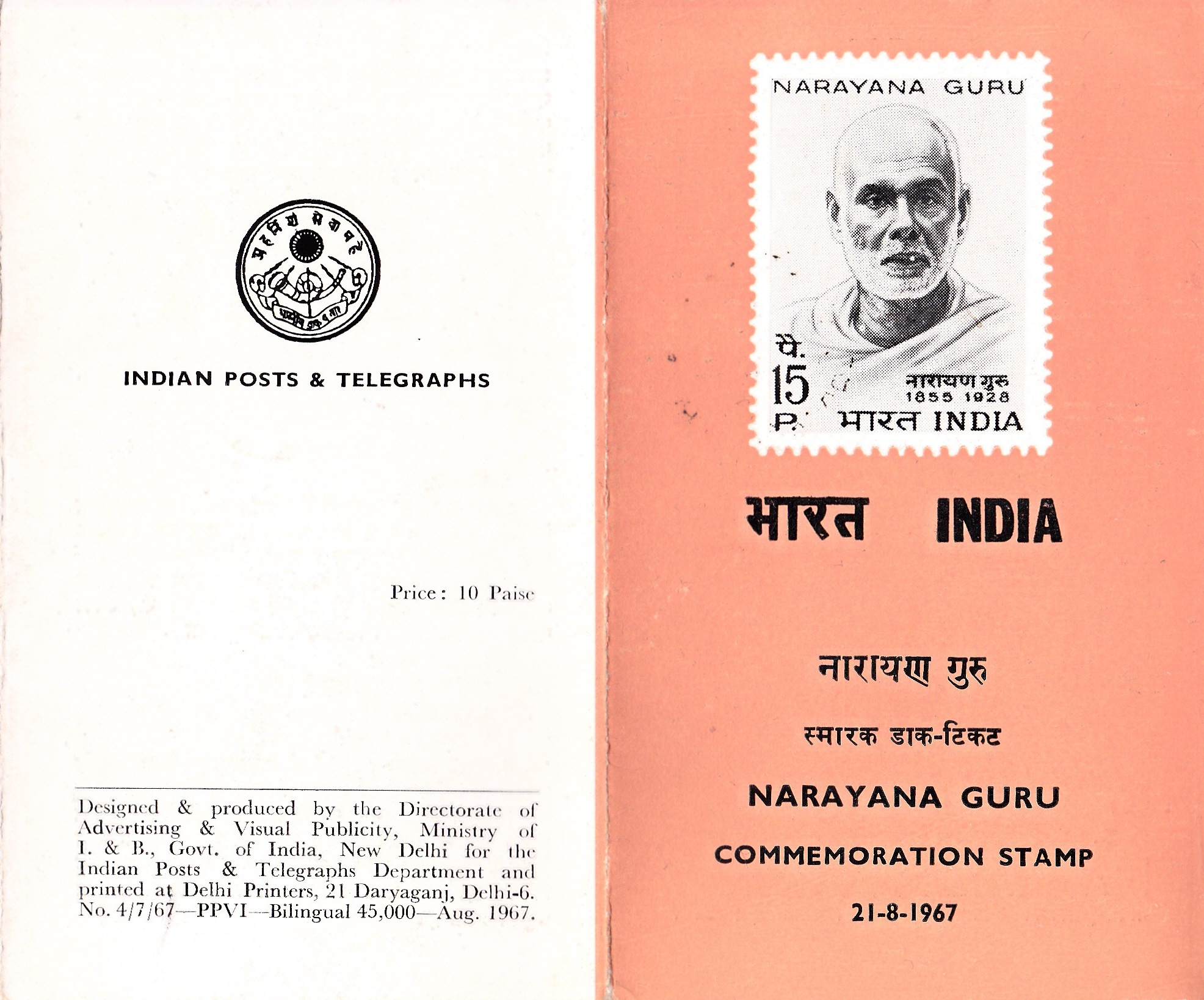 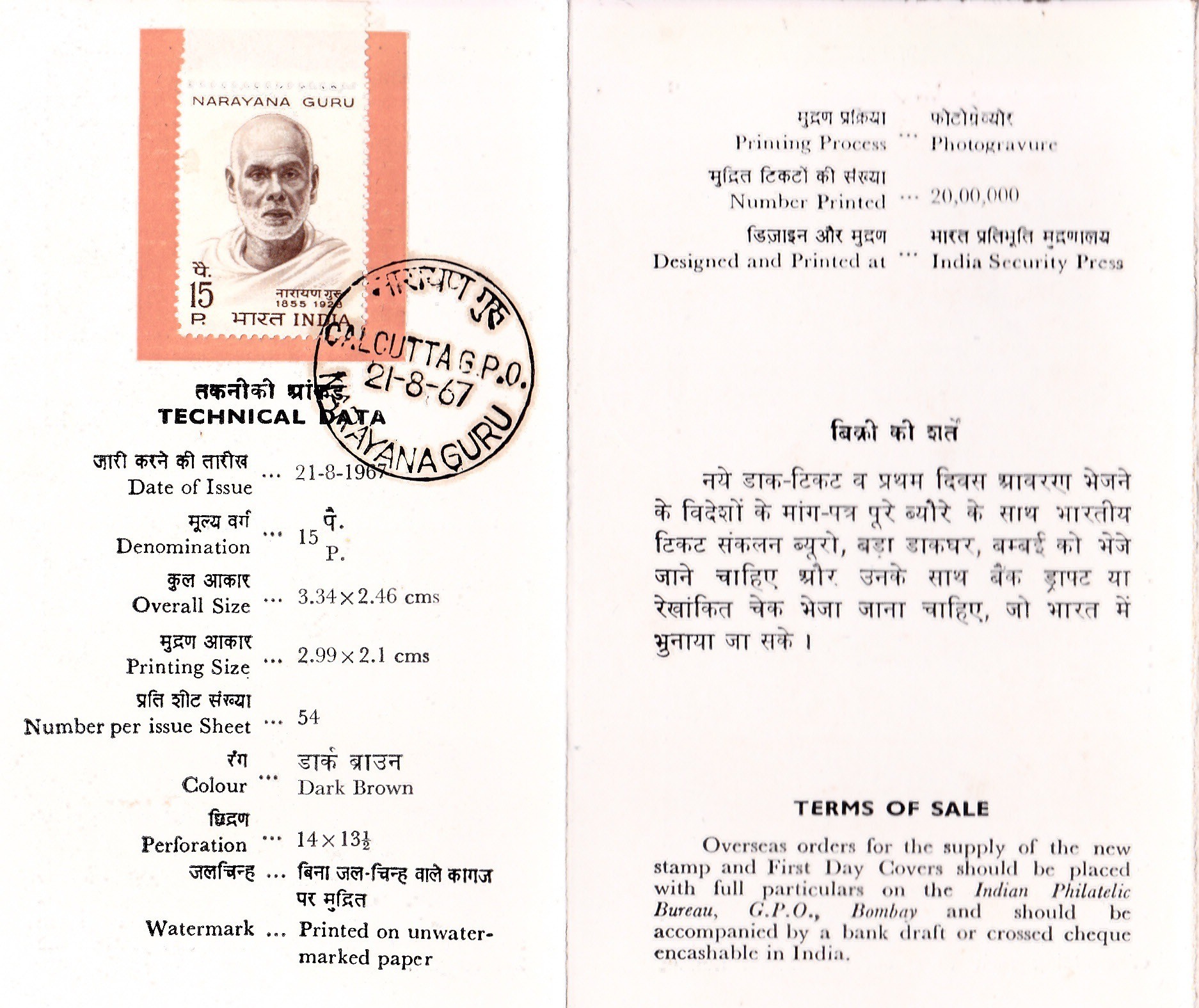 Issued for : The Posts and Telegraphs Department feels proud in bringing out a special postage stamp on his birthday which falls this year on the 21st August.