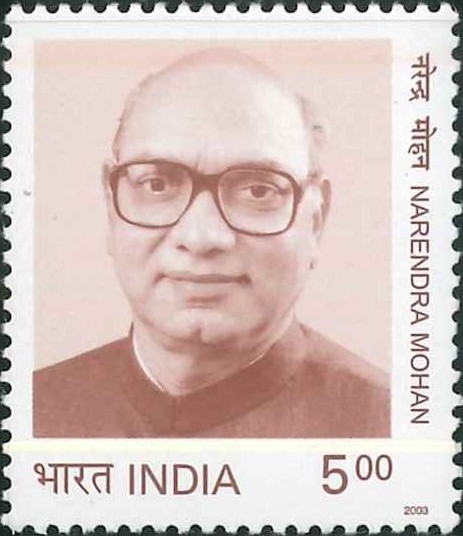 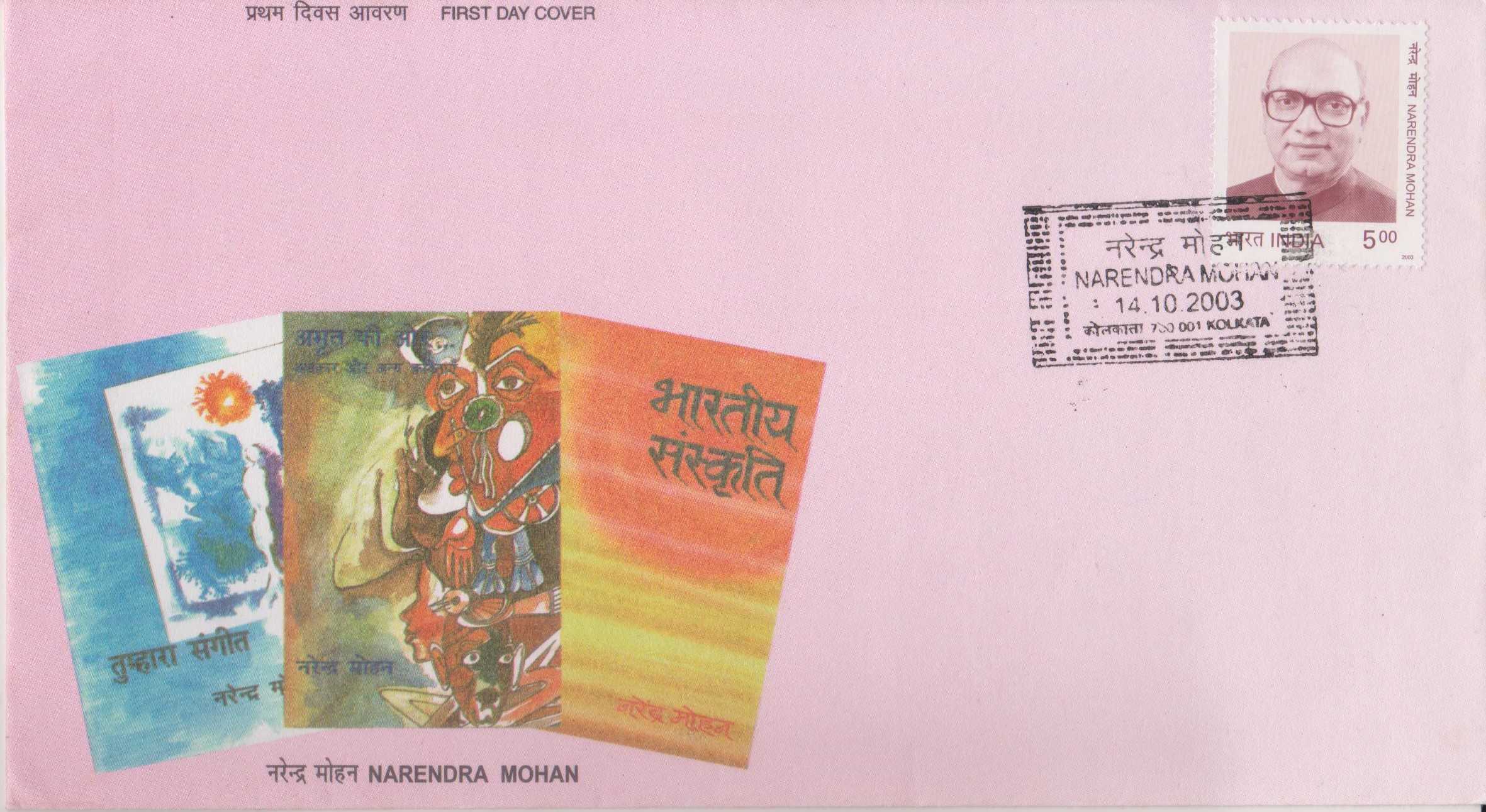 Issued for : The Department of Posts considers it a privilege to bring out a commemorative postage stamp on Narendra Mohan as a tribute to his invaluable contributions.

Credits :
Stamp : Calcutta Security Printers; based on the photograph supplied by the sponsor.
FDC & Cancellation : Alka Sharma; based on material received from the sponsor.