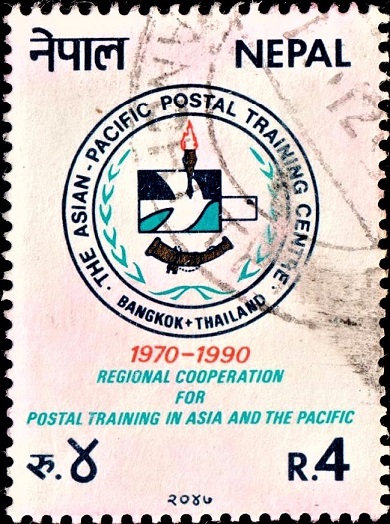 Design : This postage stamp which has been brought out to commemorate the 20th anniversary of the APPTC, depicts the Logo of this training centre.