A commemorative postage stamp on Surajmal Misrana, a Charan poet from Bundi, Rajasthan : 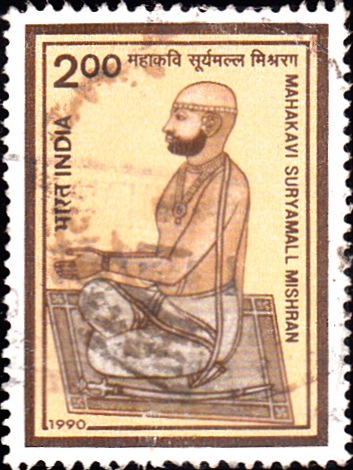 Issued for : The Department of Posts feels privileged to issue a commemorative stamp in honour of this great poet.

Description of Designs : Stamp is designed by ISP Nashik. F.D.C. is based on design supplied by Commissioner, Kota. Cancellation has been made by Ms. Alka Sharma.