A commemorative postage stamp on the birth anniversary of A. K. Gopalan (AKG), an Indian communist leader from Kerala : 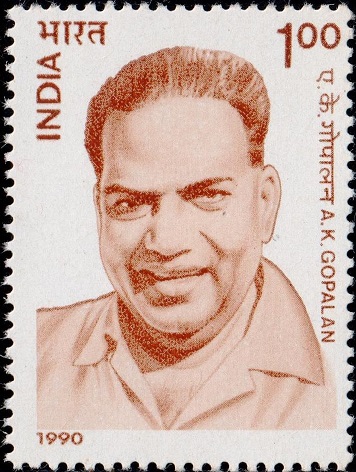 Description of Design : The postage stamp and FDC are based on Photographs supplied by Mrs. A.K. Gopalan. Cancellation is designed by Ms. Nenu Gupta.