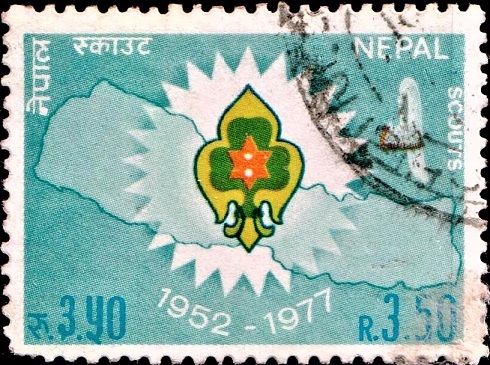 Issued for : The stamp issued today to commemorate the Silver Jubilee of the Scout movement in Nepal aptly depicts the crown above the map of Nepal which bears the Scout emblem.