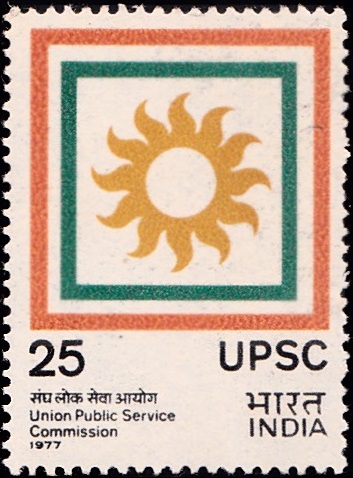 Issued for : The Indian Posts and Telegraphs Department is privileged to issue a commemorative postage stamp on Union Public Service Commission.

Description of Design : The stamp shows sun in stylised design symbolising impartiality and equal opportunity to all. The tricolour around the sun signifies the role of Union Public Service Commission as a national institution.