A commemorative postage stamp on the 20th Anniversary of the Establishment of the Organisation of Islamic Cooperation (OIC) : 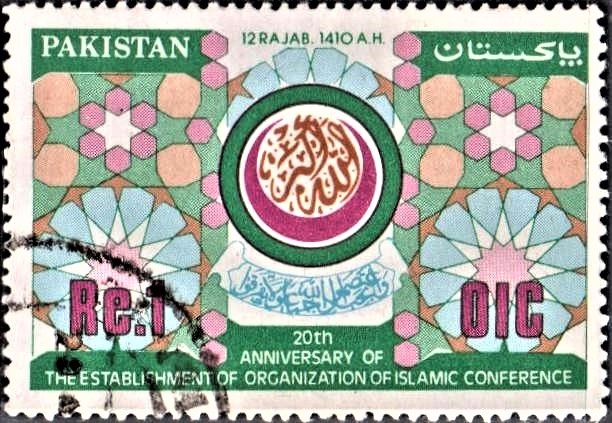 Issued for : To commemorate the 20th Anniversary of the Establishment of the Organization the Islamic Conference (OIC), Pakistan Post Office is issuing a stamp of Re. 1/- denomination on 12 Rajab 1410 A.H. corresponding to February 9, 1990.