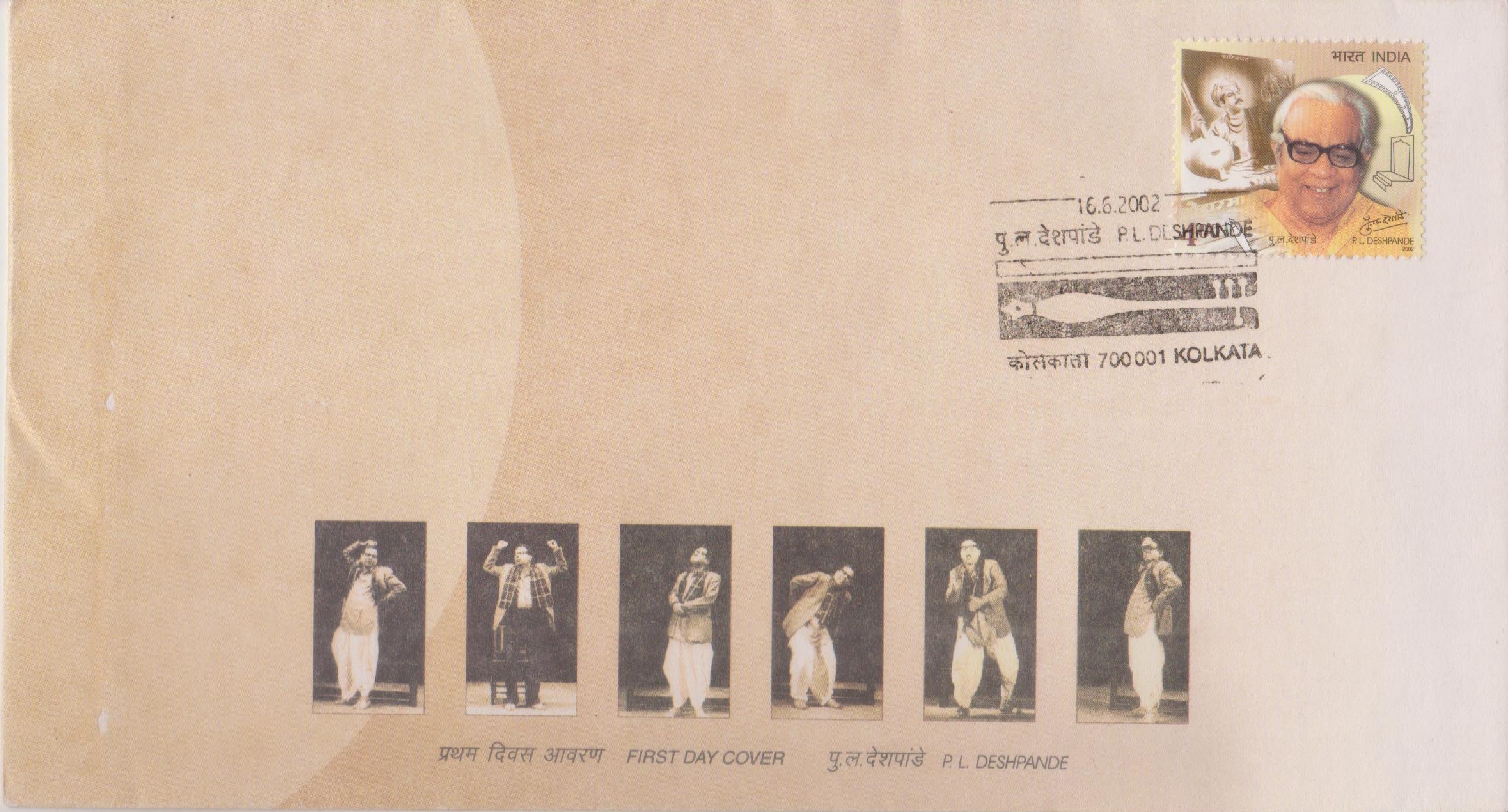 Issued for : The Department of Posts is happy to release a commemorative postage stamp in memory of P.L. Deshpande, accompanied by a First day Cover, both of which attempt to capture the varied talents and moods of “Pu. La.”