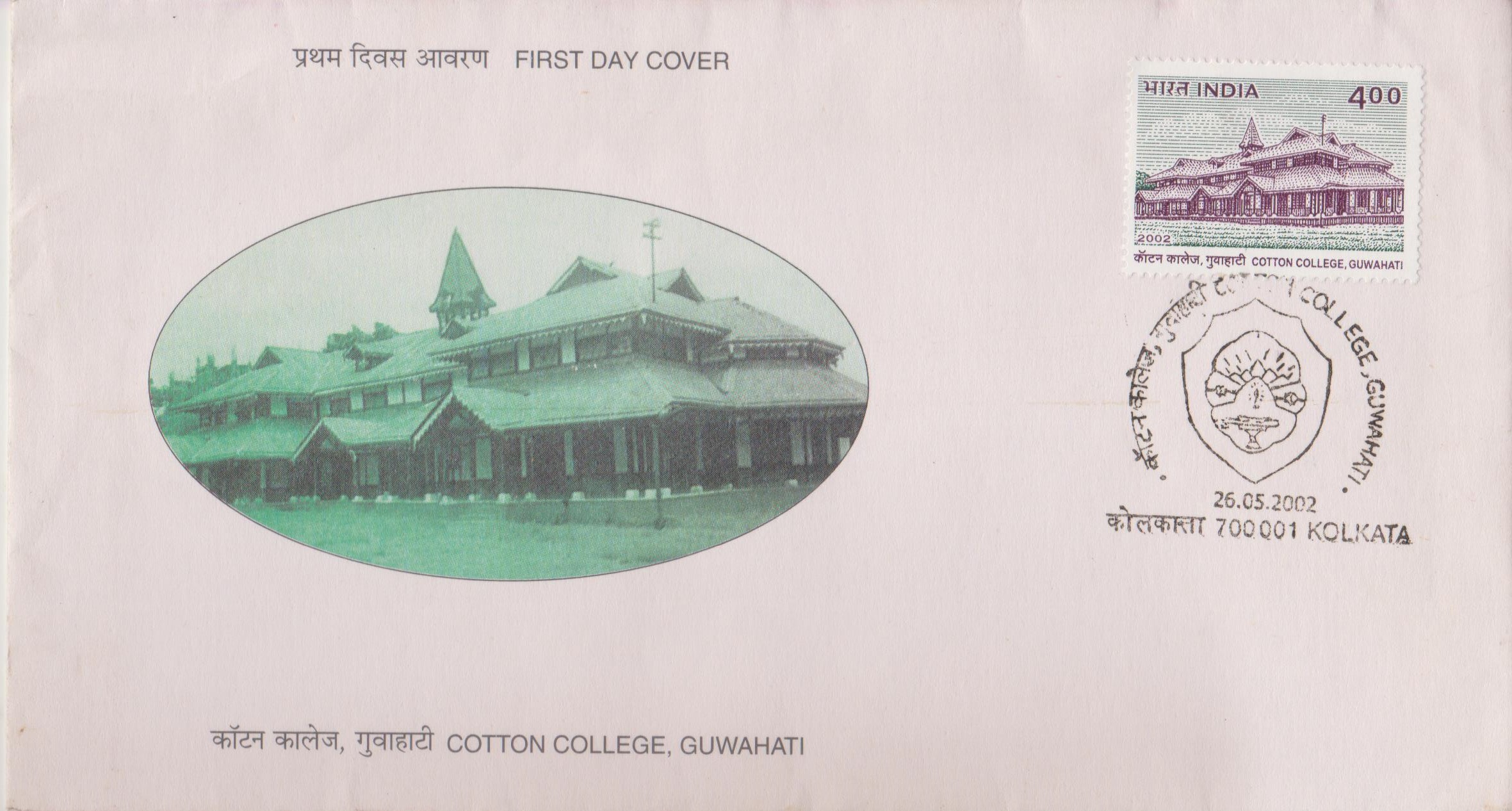 Issued for : The Department of Posts is happy to release a postage stamp in recognition of the contributions of Cotton College, Guwahati to the spread of higher education in the country.