A commemorative postage stamp on the Fight against Cancer : 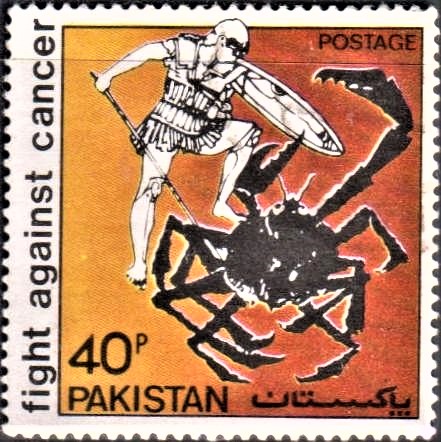 Issued for : As part of a campaign to create awareness among the people about mankind’s formidable foe – the Cancer. Pakistan Post Office is issuing a special postage stamp of Paisa 40 denomination on November 12, 1979. A postage stamp of 15 paisa denomination was also issued on December 26, 1967 on this theme.

Number of Stamps in one Sheet : 96 (Ninety six)