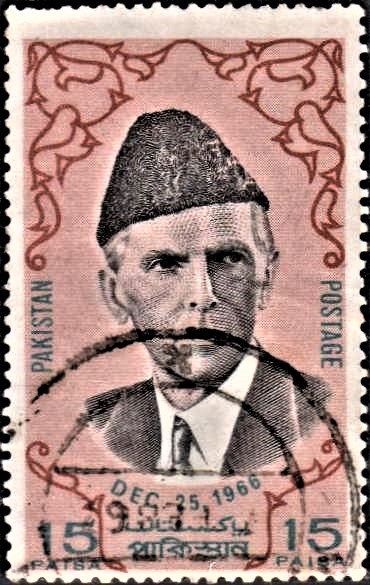 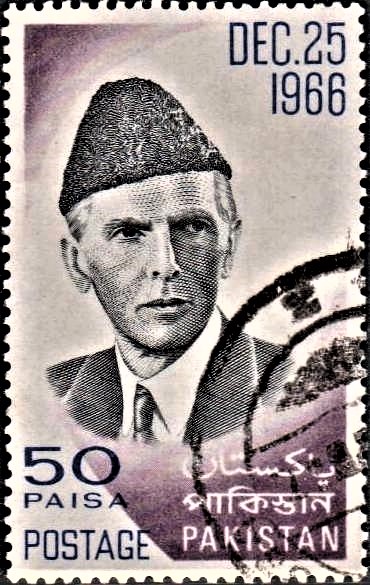 Issued for : To commemorate the Birth Anniversary of Quaid-i-Azam Mahomed Ali Jinnah, the Pakistan Post Office is issuing two postage stamps of 15-Paisa and 50-Paisa denominations on December 25, 1966.

Design :
15 Paisa: The Quaid-i-Azam‘s portrait appears in black in the centre, printed by recess. The background and ornamental design is in orange, printed by Litho Offset. The words “Pakistan” in Urdu and Bengali appear in Blue at the bottom centre. The value ‘Paisa 15’ appears both at the right and left bottom corners in Blue. The date of anniversary of Quaid-i-Azam appears in Blue below the portrait. The words “Postage” and “Pakistan” in English appear in Blue at the right and left of the portrait respectively.

50 Paisa: The Quaid-i-Azam‘s portrait is in black, printed by recess. The patterns at the top left and bottom right corner of the stamp is in purple, printed by Litho Offset. The date of anniversary of Quaid-i-Azam appears at the top right hand corner in blue. The value ‘Paisa 50’ and the word ‘Postage’ appear at the bottom left corner in blue. The words ‘Pakistan‘ in Urdu, Bengali and English appear in reverse at the bottom right.