A commemorative postage stamp on the Birth Centenary of Bhishnuram Medhi, 2nd Chief Minister of Assam (1950-57) : 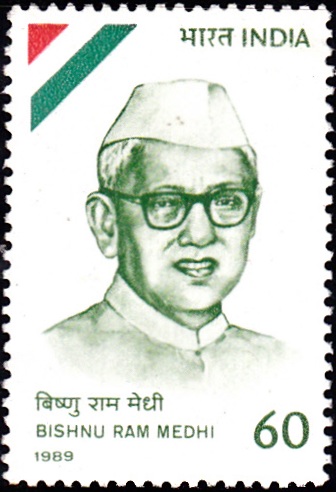 Description of Designs : The stamp has been designed by India Security Press Nashik Road based on a Photograph, the First Day Cover by Sankha Samanta and cancellation by Alka Sharma.