A commemorative postage stamp on the Birth Centenary of Maulana Mohammad Ali Jouhar : 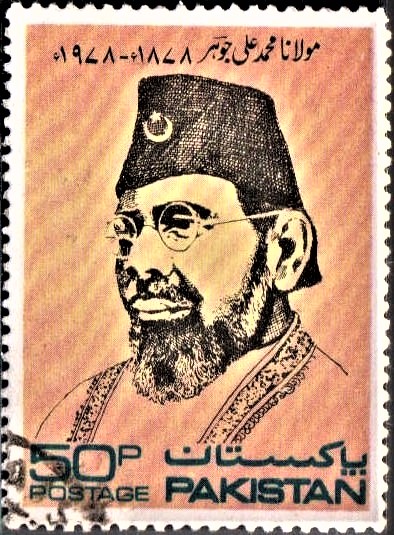 Description : The format of the stamp is vertical. The pen and brush sketch of Maulana Mohamed Ali Jauhar is printed in black against orange background. The caption in Urdu “

” is printed on the top. The word “Pakistan” in English and Urdu, the denomination “50 Paisa” and “Postage” are printed in blue colour at the bottom.