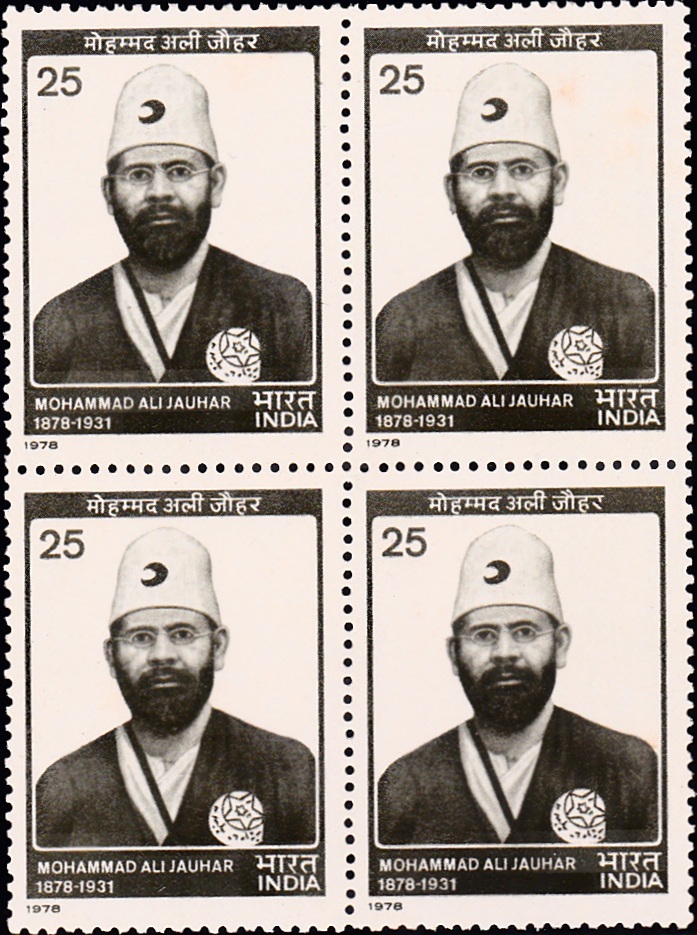 Issued for : The Posts & Telegraphs Department feels privileged to issue a commemorative stamp on the birth centenary of Mohammad Ali Jauhar, who did yeoman service to cement the bonds of Hindu-Muslim Unity.