A commemorative postage stamp on the 50th Anniversary of the Turkish Republic : 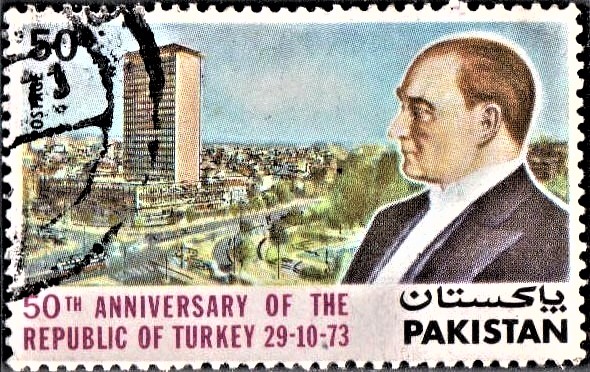 Design : The stamp is horizontal in format. A view of the modern city of Ankara is shown on the left and the portrait of Mustafa Kemal Ata Turk on the right side.