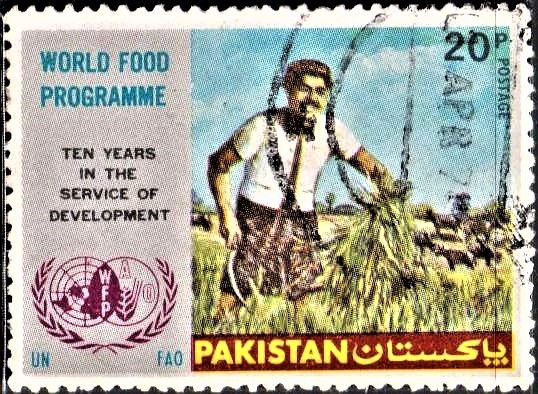 Issued for : The series of the Commemorative Postage Stamps issued by the Pakistan Post Office mark the 10th Anniversary of the World Food Programme which started as an experiment in multi-lateral use of foods to promote economic and social development.

Design : Format of the stamp is vertical. In a square vignette at the right hand side, a typical Sindhi peasant is shown reaping a crop.