A commemorative postage stamp on the 75th Anniversary of the Scouting : 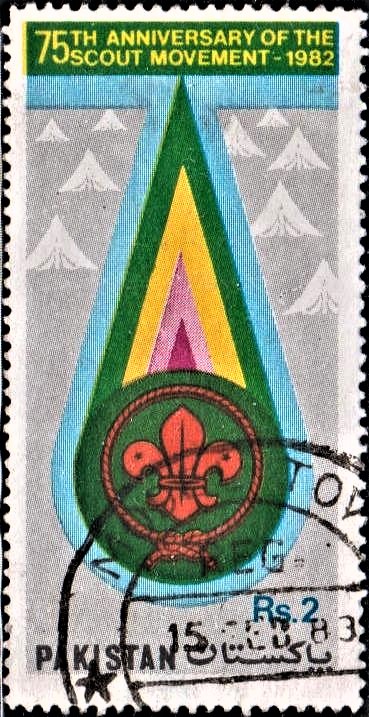 Issued for : In order to celebrate the 75th anniversary of Scout Movement in 1982 and the 125th birthday of its founder Lord Baden–Powell of Gilwell the year 1982 has been declared “the Year of Scouting”, Pakistan Post Office is issuing a stamp of the denomination of Rs. 2/- on 23rd December 1982 to commemorate the occasion.