A commemorative postage stamp on the Wildlife Series – Siberian Crane : 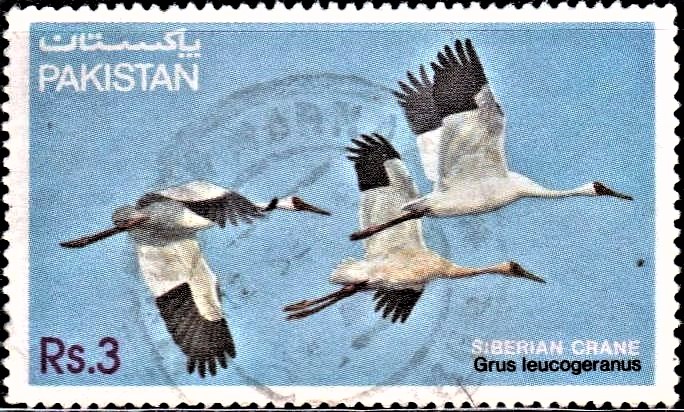 Issued for : Pakistan Post Office is issuing a special postage stamp on Siberian Crane of Rs. 3.00 value on September 8, 1983 in order to increase public awareness of the plight of this rare and beautiful bird which is facing the threat of extinction. It is a part of series on Wildlife stamps being issued by Pakistan Post Office since 1975 to focus world attention on preservation of Wildlife. The painting for the stamp was provided by the world renowned artist and naturalist, Sir Peter Scott, Chairman of the Council of the World Wildlife Fund International. It is based on a photograph of a Siberian Crane family in flight, by Dr. George Archibald.