A commemorative postage stamp on the International Crane Workshop, Bharatpur : 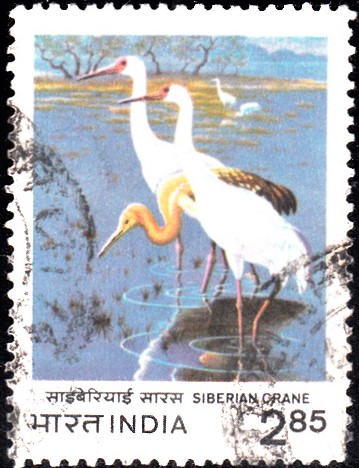 Issued for : Indian Posts and Telegraphs Department is privileged to issue a special stamp on the occasion.

Description of Designs : The stamp design is based on an oil painting (of Siberian Crane at Bharatpur) by Diane Pierce, kindly loaned by the Prime Minister, Smt. Indira Gandhi. The first day cover design is based on a photograph by George Archibald. The cancellation has been designed by Badar Makhmoor.