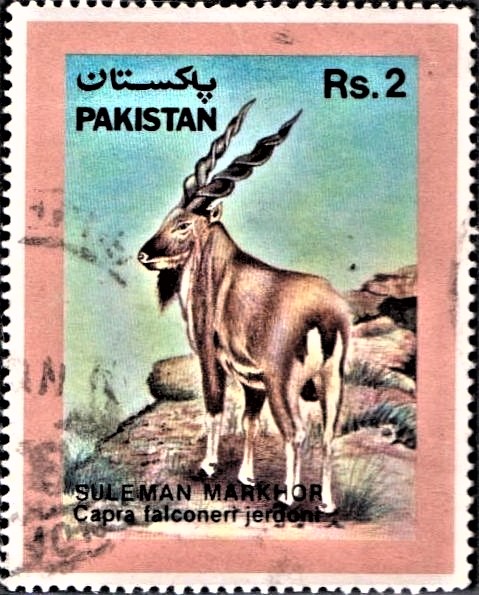 Issued for : To focus world attention on the need to protect and preserve this vulnerable wildlife species Pakistan Post Office is issuing a special postage stamp of Rs. 2/- value depicting “Suleman Markhor” (Capra falconeri Jerdoni) on October 29, 1988. It is a part of the series on wildlife stamps being issued by Pakistan Post Office since 1975.