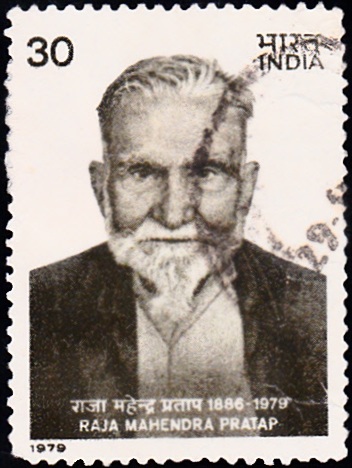 Issued for : Indian P & T Department salutes the memory of a revolutionary son of Mother India by issuing a commemorative postage stamp of 30 Paise denomination on the anniversary of Independence.

Description of Design : The design of the stamp is vertical and depicts a portrait of Raja Mahendra Pratap.