A commemorative postage stamp on the 47th Birth Anniversary of Rajiv Gandhi – A Life for India, 6th Prime Minister of India (1984-89) : 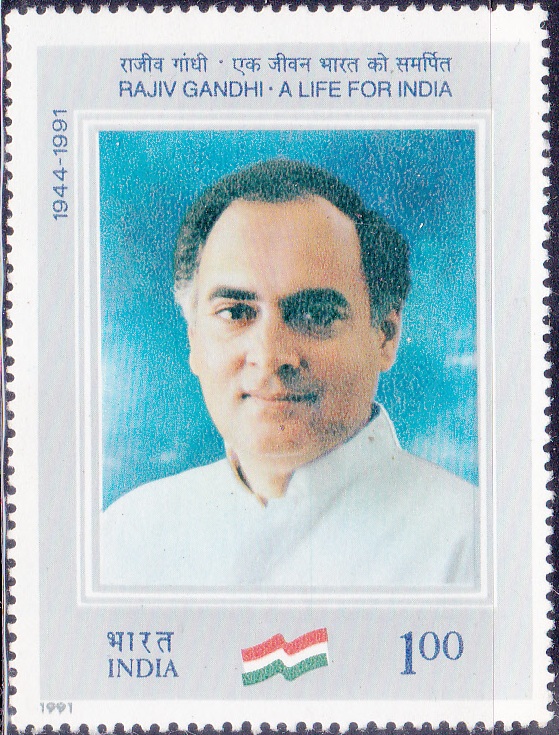 Description of Design : The stamp is based on the design furnished by Shri Romesh Chopra and Appeal Advertising and Marketing Consultants, New Delhi. The First Day Cover and the Cancellation have been designed by Shri Suresh Kumar.