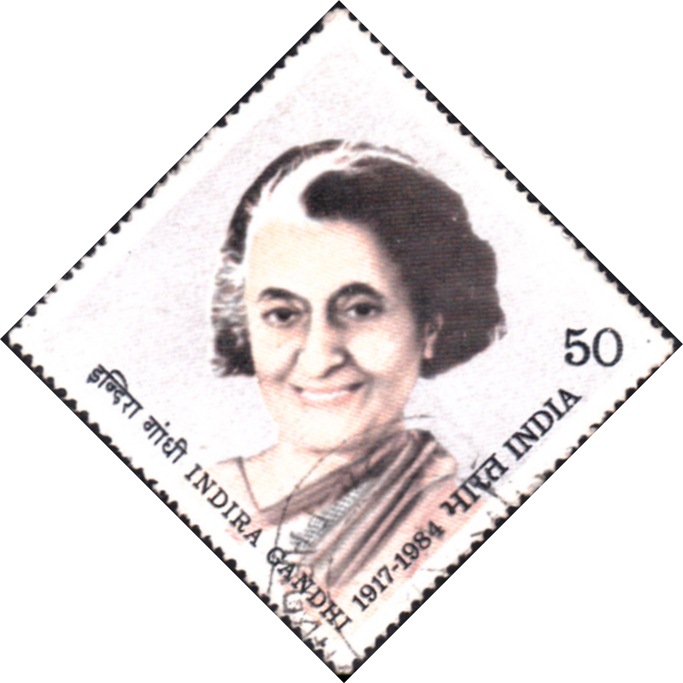 Issued for : The Indian Posts & Telegraphs Department offers its humble tribute, to this illustrious leader of our country, a legend of our times – Smt. Indira Gandhi.

Description of Designs : The 50 p. two colour stamp is designed by Charanjit Lal. The first day cover is based on a design prepared by Badar Makhmoor. The cancellation has been designed by Alka Sharma.