Complete Set of 4 nos of postage stamps on the Centenary of the Indian National Congress, an Indian political party : 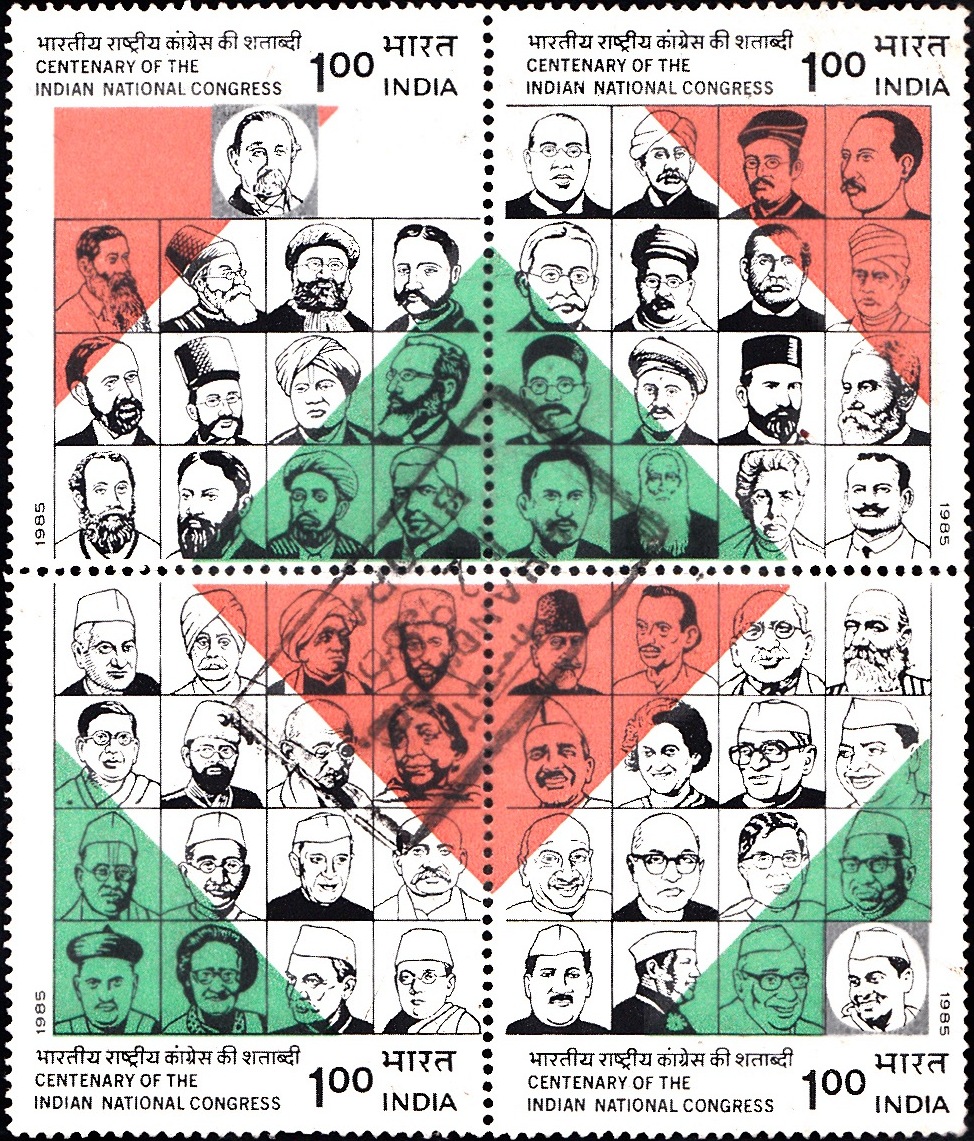 Issued for : The Department of Posts is happy to bring out a set of commemorative postage stamps on the Centenary of the Indian National Congress.

Description of Designs : The se-tenant set prepared by India Security Press, Nashik Road, based on a design by C.R. Pakrashi, presents a composite picture, depicting the portraits of A.O. Hume & 60 Congress Presidents starting from W.C. Bonnerjee, to the present President, Shri Rajiv Gandhi. The First Day Cover has been designed by C.R. Pakrashi. The cancellation has been designed by Nenu Bagga.

One thought on “Indian National Congress”