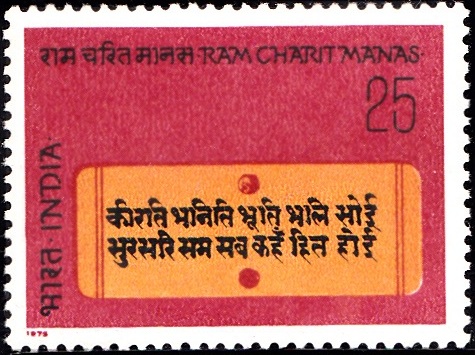 Issued for : The Posts and Telegraphs Department considers it its privilege to issue a commemorative postage stamp on Ramcharitmanas thereby carrying the message of this great book to all corners of the world.