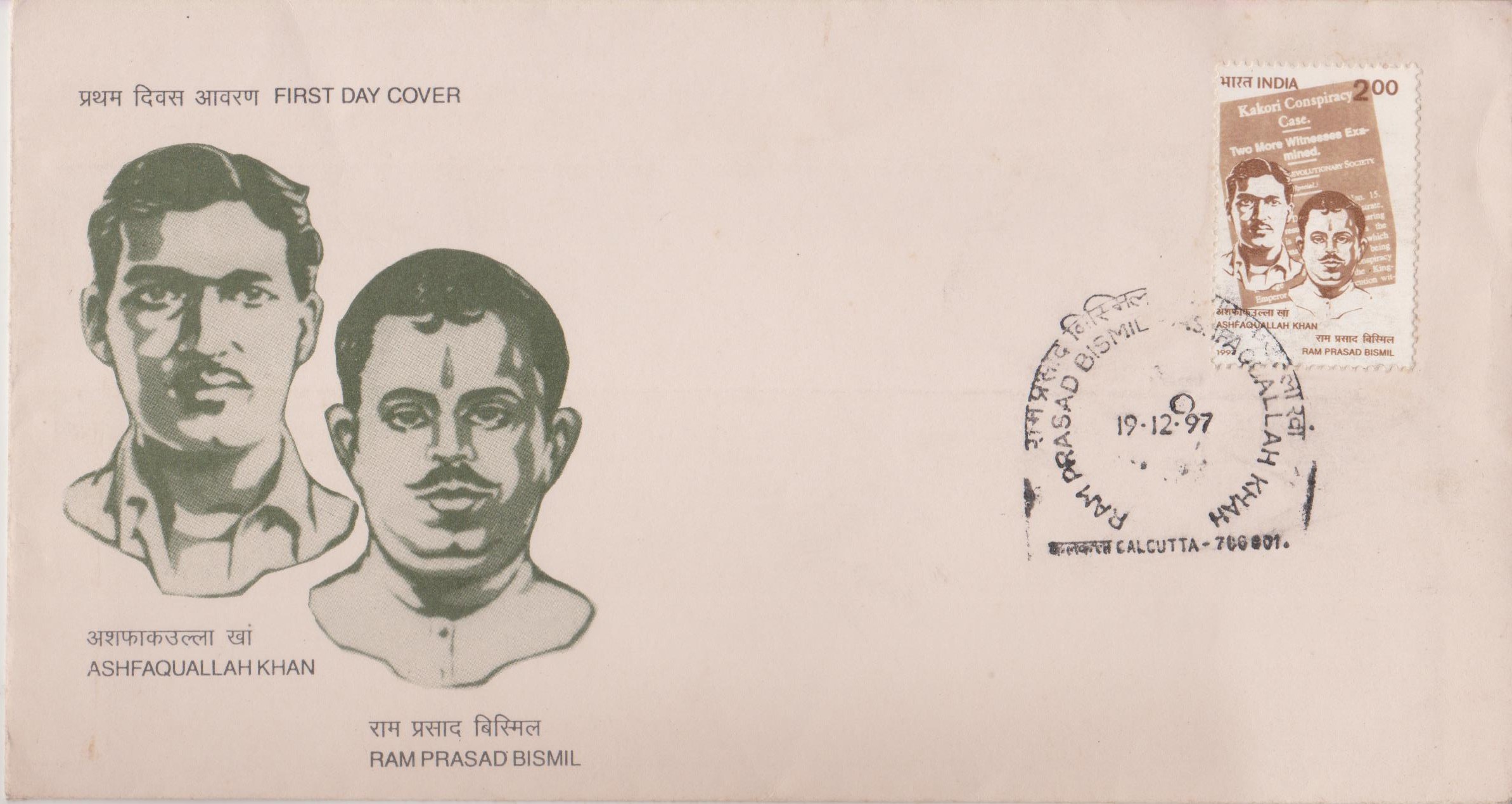 Issued for : The Department of Post is privileged to issue a special commemorative stamp to mark the martyrdom of Ram Prasad ‘Bismil’ and Ashfaqullah Khan, and pay homage to the sacrifices of those heroic men and women, who suffered imprisonment and martyrdom, during the country’s struggle for freedom.