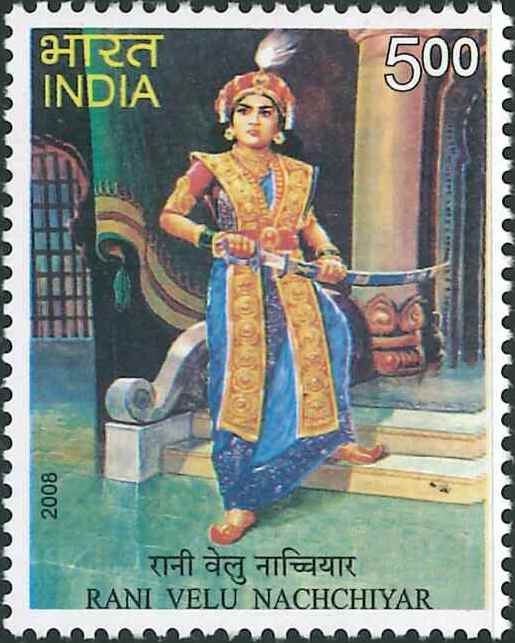 Issued for : India Post is proud to commemorate one of the forgotten bravehearts of the eighteen century, especially as the country has celebrated 60 years of freedom, Rani Velu Nachchiyar.