A commemorative postage stamp on the Birth Bicentenary of Kittur Chennamma, Rani of Kittur (former princely state in Karnataka), fought against British East India Company in 1824 : 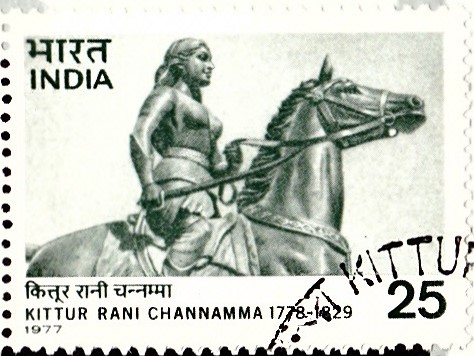 Issued for : The Posts and Telegraphs Department salutes the memory of one of the brave and distinguished daughters of India by issuing this Commemorative Postage Stamp.

Description of Design : The design of the stamp depicts a view of the statue of Kittur Rani Channamma on horse-back erected in Belgaum (Karnataka).