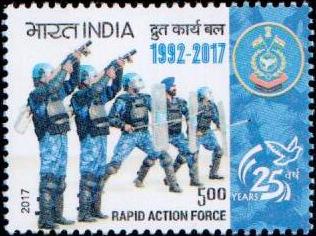 Issued for : The RAF is completing 25 glorious years of service to the nation in 2017. Department of Posts is pleased to issue a postage stamp to commemorate the silver jubilee at Rapid Action Force.