A commemorative postage stamp on the Centenary (1882-1982) of Regina, capital of Saskatchewan, Canada : 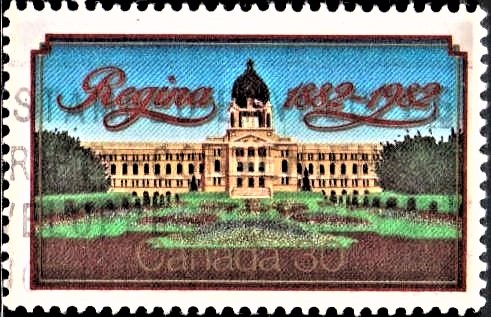 Design : The painting of the stately legislature building, a familiar and significant Regina landmark, was provided by resident artist David Thauberger. Robert Russell and Kim Martin of Toronto used red and gold in their stamp design to signify that Regina‘s centennial is cause for celebration as well as commemoration.