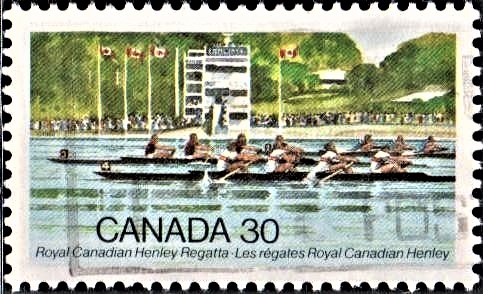 Design : The illustration for the stamp by Tom McNeely of Toronto depicts the dramatic finish of a race of fours (four-man racing shells, one sweep oar per man) before the judge’s tower on the present Henley course near St. Catharines, Ontario. The stamp was designed by Ottawa graphic artist Bernard Reilander.