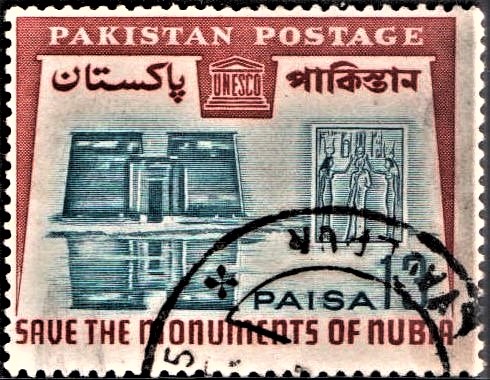 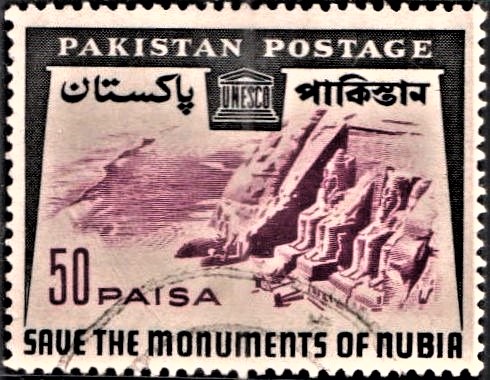 Issued for : Pakistan Post Office is issuing a set of two Commemorative Postage Stamps in response to the appeal of the UNESCO and thus joins the large community of nations who are interested in preserving for future generations the wonderous structures, the veritable open-air museum, of what once was Nubia.

50-paisa : Depicts a side view of the rock containing four colossal figures of Rameses II. This is generally known as the Temple of Abu Simbel. A partial view of the river Nile and its banks is also shown on the left.

Number of Stamps in each sheet : 80