Complete set of 11 nos. of commemorative postage stamps on the 25th Anniversary of ASEAN–India Dialogue Partnership : 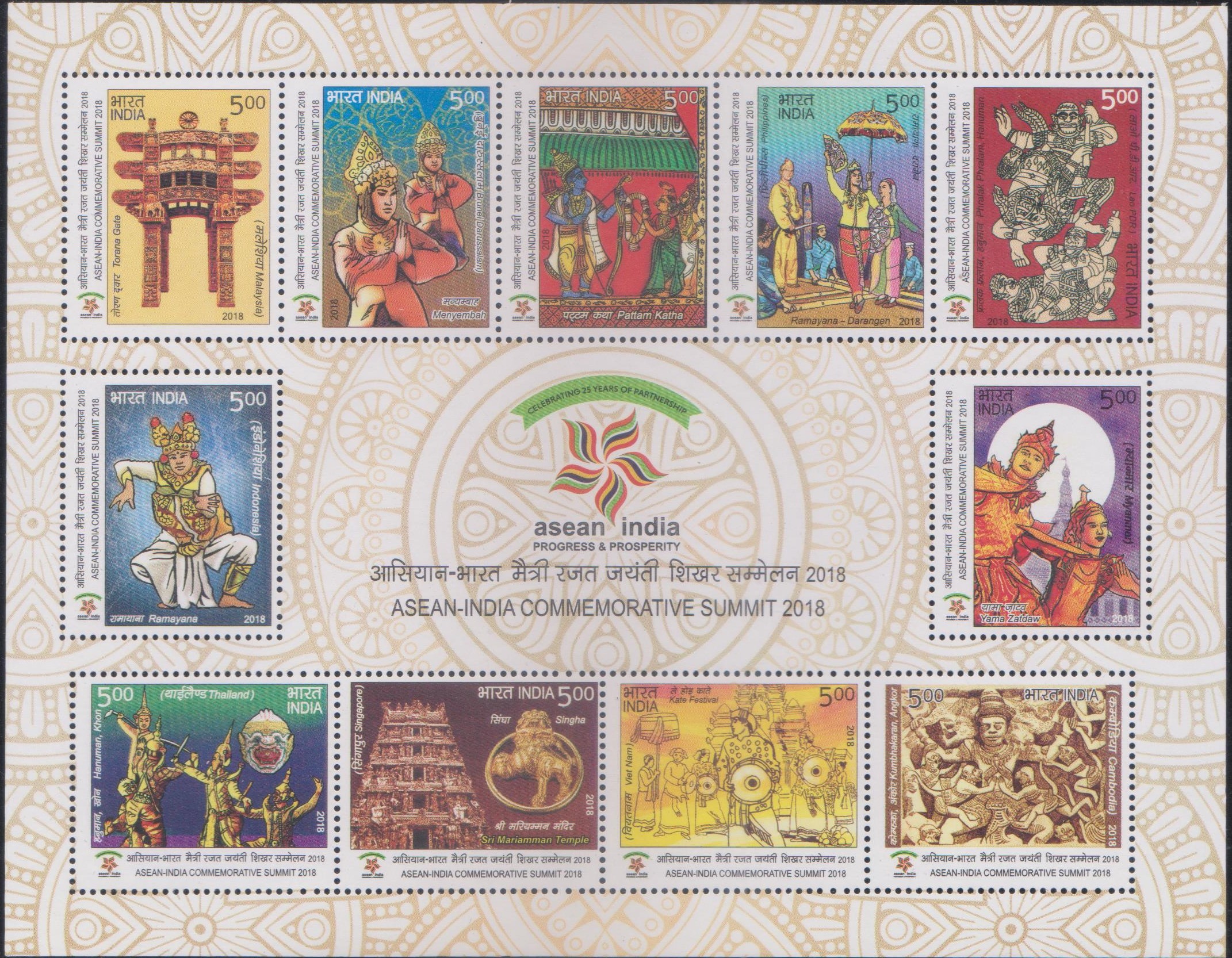 Issued for : Department of Posts is pleased to issue a set of 11 Commemorative Postage Stamps on ASEAN-INDIA COMMEMORATIVE SUMMIT 2018 on the occasion of 25th anniversary of ASEAN-India Dialogue Partnership.

Stamps Printed : 0.5 million each in the form of sheetlets