A commemorative postage stamp on the 175th Anniversary of the 1st Horse (Skinner’s Horse), an Indian Army cavalry regiment : 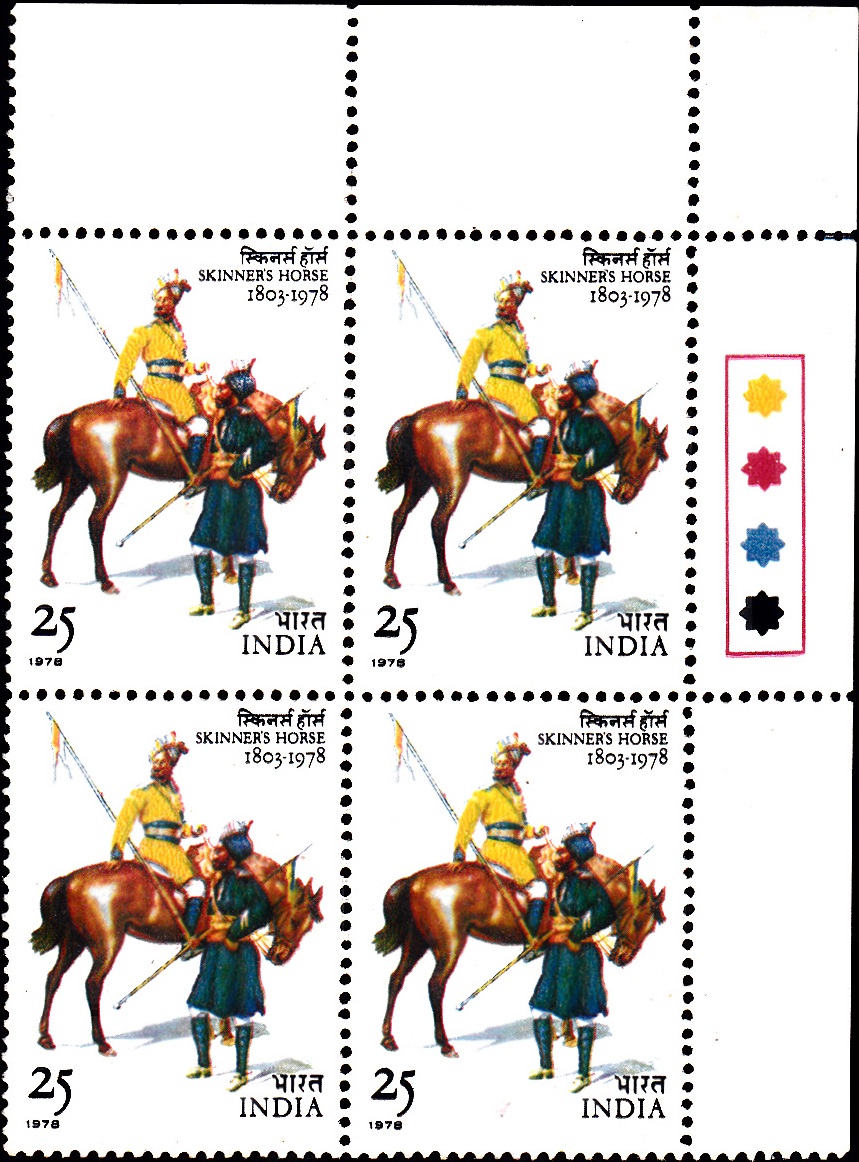 Issued for : The P & T Department is happy to join in the celebration of the 175th anniversary of the Skinner’s Horse by bringing out a commemorative stamp.

Description of Design : The portrait on the stamp shows two Sowars of the Skinner’s two units in their respective uniforms early in the 20th century.