A commemorative postage stamp on the Madras Engineer Group (MEG), an engineer group of the Corps of Engineers of Indian Army : 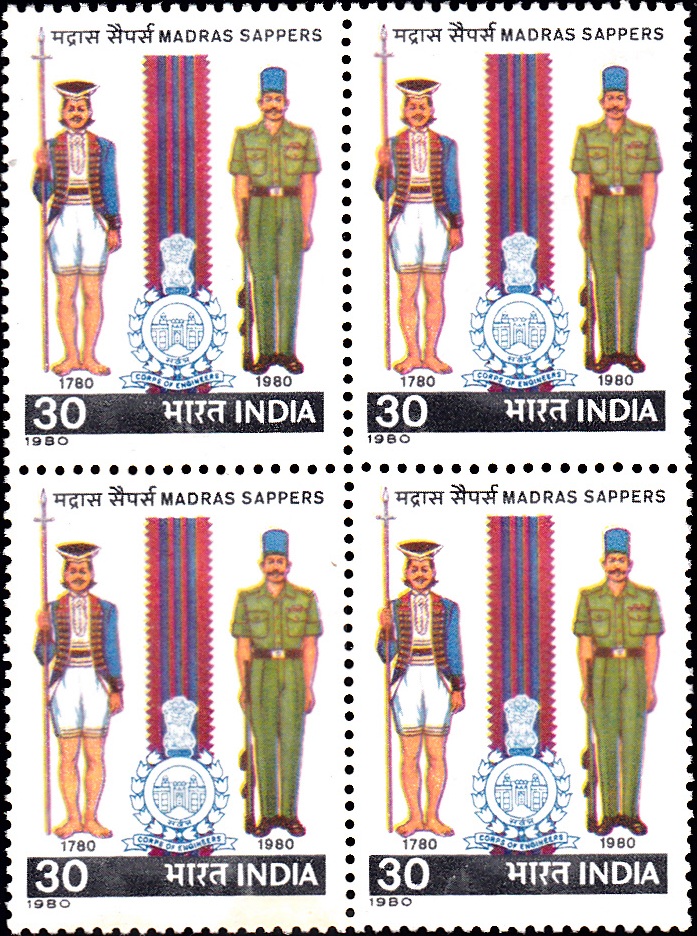 Issued for : The P & T Department is privileged to commemorate the oldest member of the Indian Army Engineers, “The Madras Sappers”, by issuing a special postage stamp on the occasion of their Bicentennial.

Description of Design : The stamp shows the Sappers in the uniform of 1780 and 1980 together with the crest and the ribbon of the corps of Engineers of the Indian Army.

First Day cover, designed by the India Security Press, depicts the battle honours of Madras Sappers and also a Sapper engaged in mine-detection and some of the tasks performed by the Sappers.

First Day Cancellation depicts a profile of a Madras Sapper with his typical headgear alongwith the caption in Hindi and English.