A commemorative postage stamp on the Birth Centenary of Sardar Sobha Singh, a contemporary painter from Punjab : 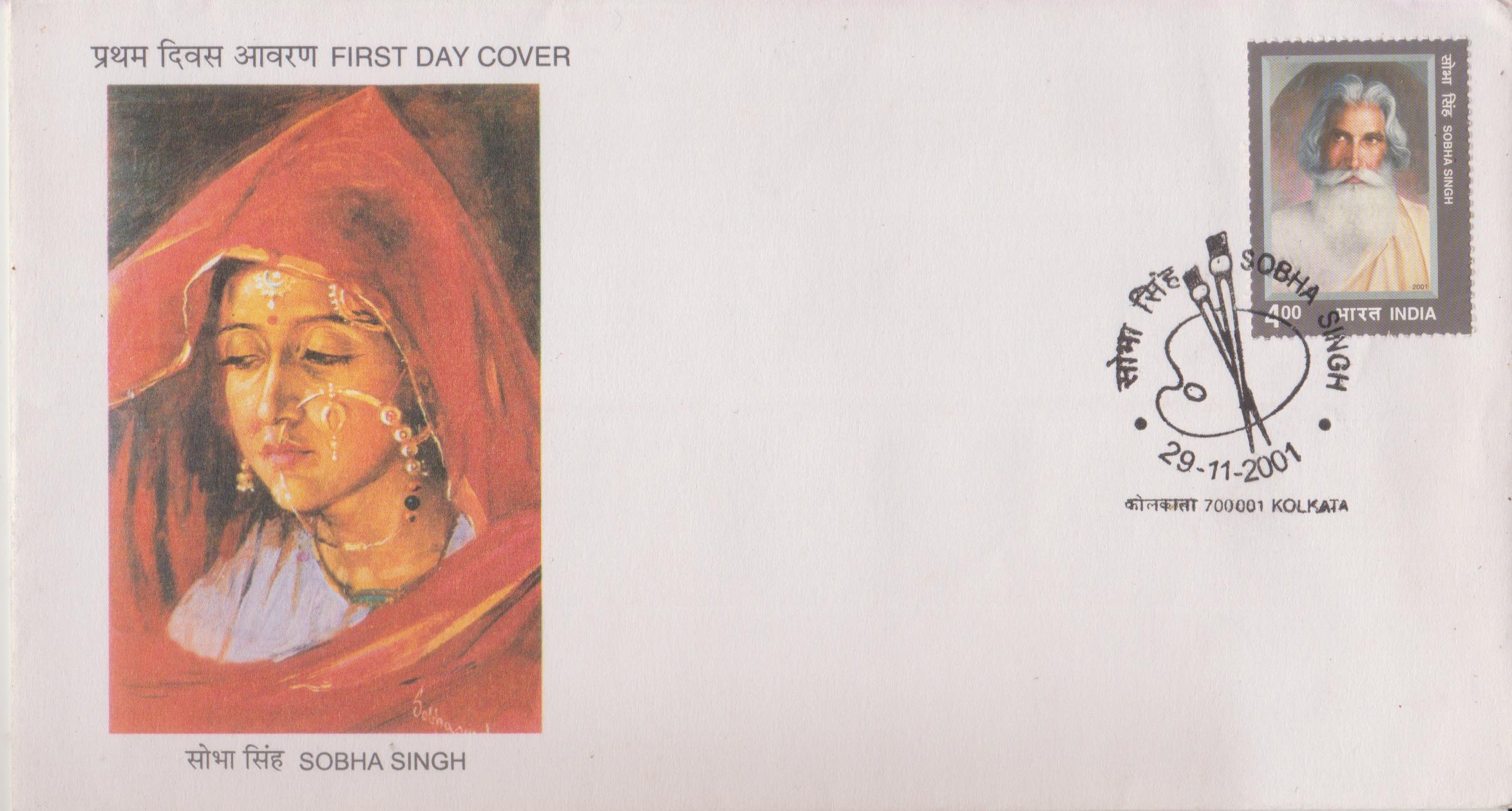 Issued for : The Department of Posts is happy to honour this accomplished artist with the release of a commemorative stamp.

Design : The First Day Cover depicts one of the paintings of Sobha Singh. The stamp carries the self portrait of the artist.

Credits :
Stamp and FDC : Based on material furnished by the Government of Punjab.
Cancellation : Nenu Gupta