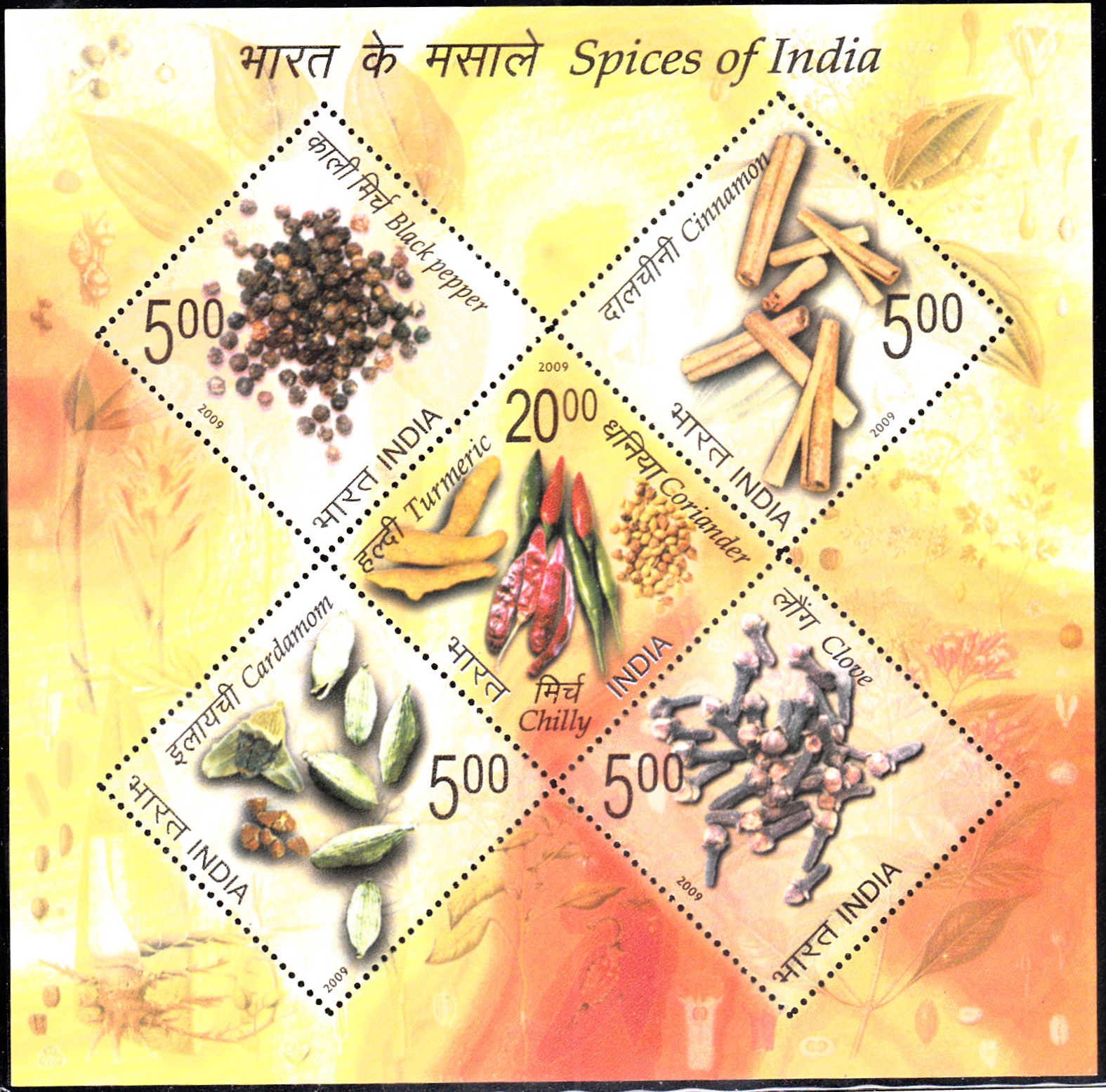 Issued for : India Post is proud to issue a set of five commemorative postage stamps on ‘Spices of India‘.